After training at the Academy of Arts in Jerusalem and in 1974 at the Architectural Association in London, Ron Arad made his first creations with metal tubes. These pieces, called “one-offs” because they are unique pieces, Ron Arad attaching great importance to the unique or limited character of his works (One Off being also the name of his first company), are typical of the beginning of the artist’s career. In the early 80’s, Ron Arad made a name for himself with his “Rover Chair” and his “Sofa Transformer”, two emblematic pieces of the architect inspired by Marcel Duchamp’s “ready made”, combining poetry, found objects and high tech materials. His “Bookworms” shelf and his “Mortal Coil” bookcase, which also celebrate his admiration for Marcel Duchamp, will contribute to his notoriety. At first, Ron Arad favors polished steel for the realization of his furniture, but he will later decide to use new materials such as wood, aluminum and plastic. Thanks to his choice of raw materials, labor, manufacturing techniques and forms, Ron Arad has been able to impose his vision and his style in design as well as in the architectural landscape of the 21st century. 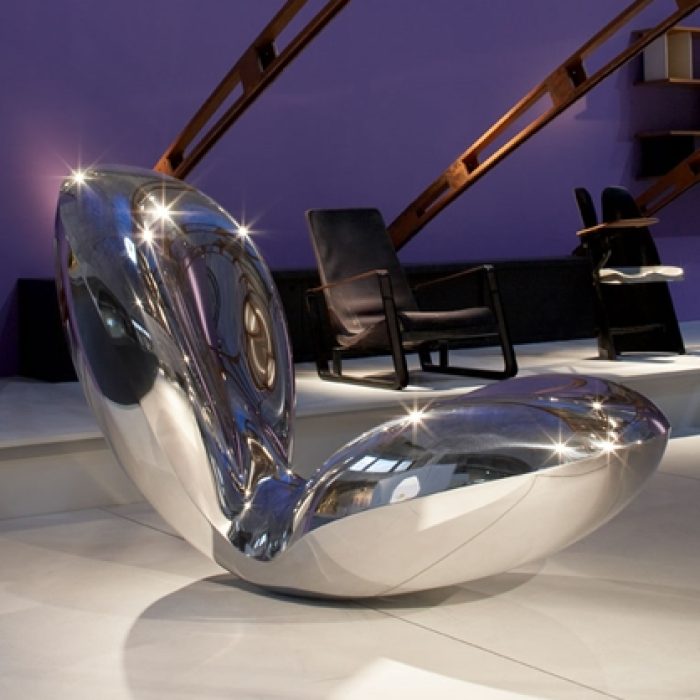 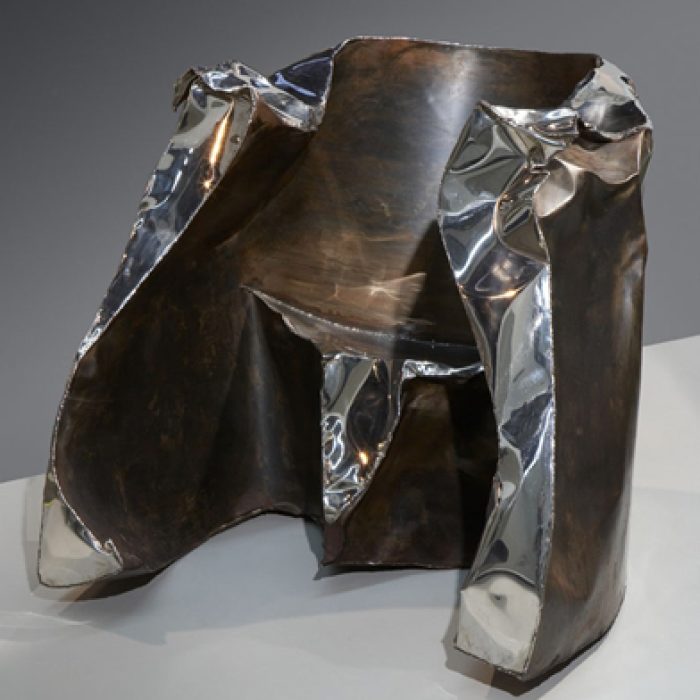 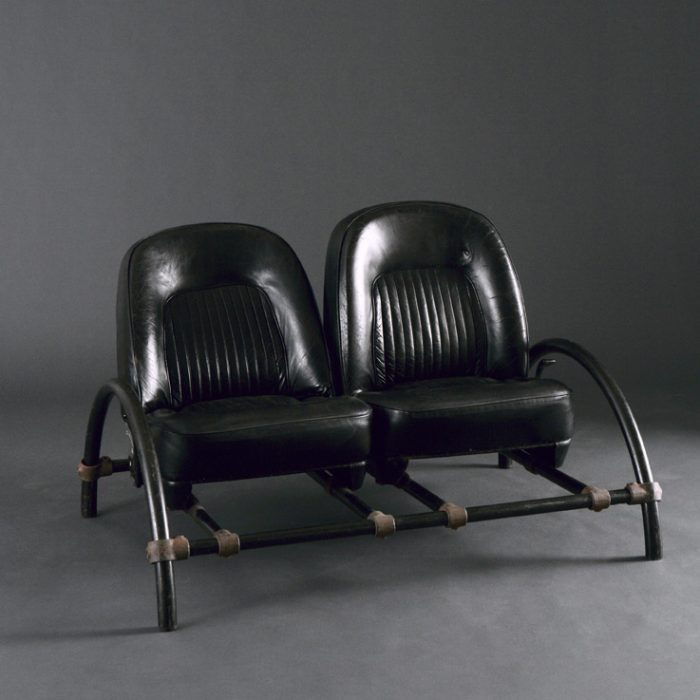 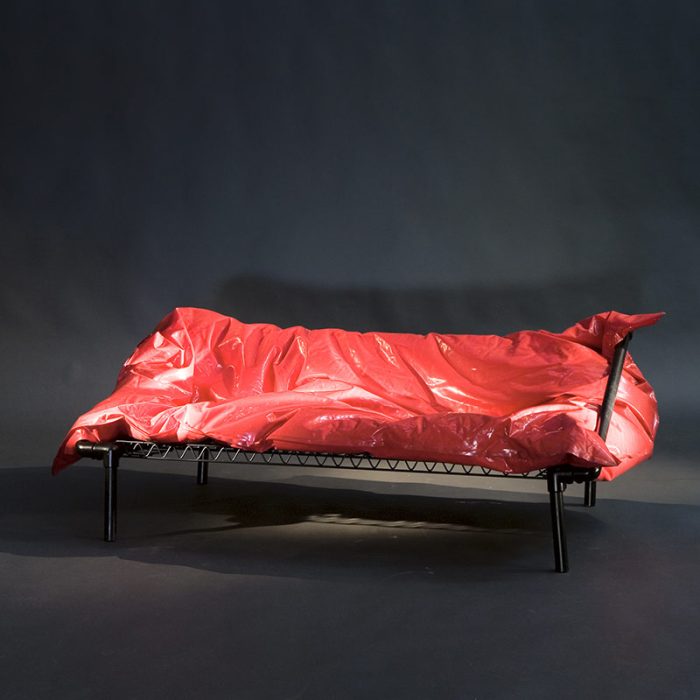 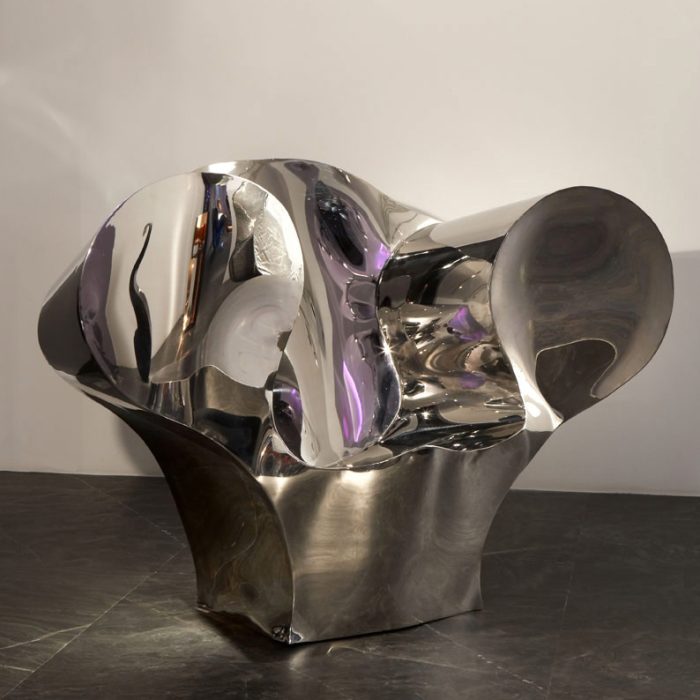 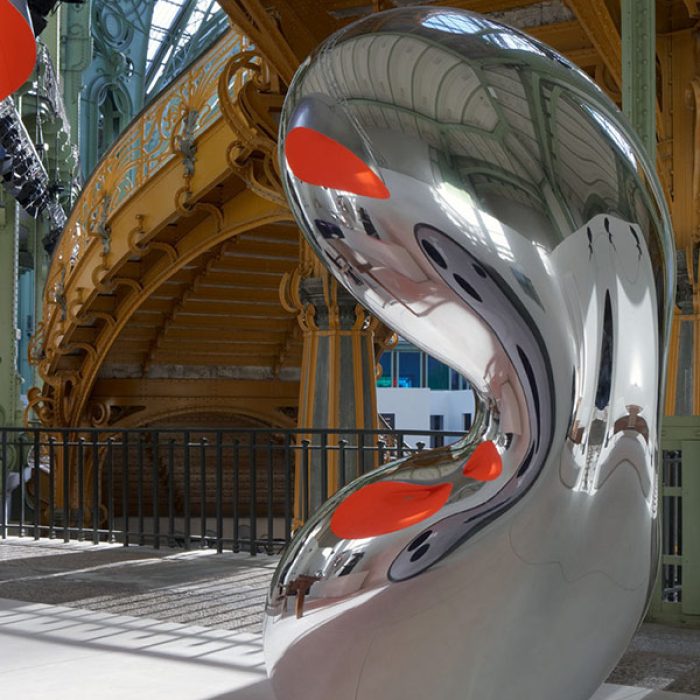 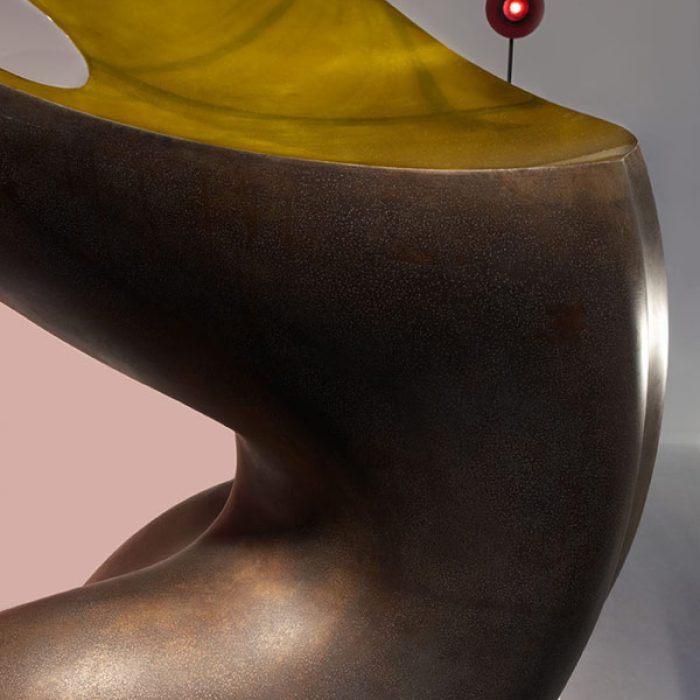 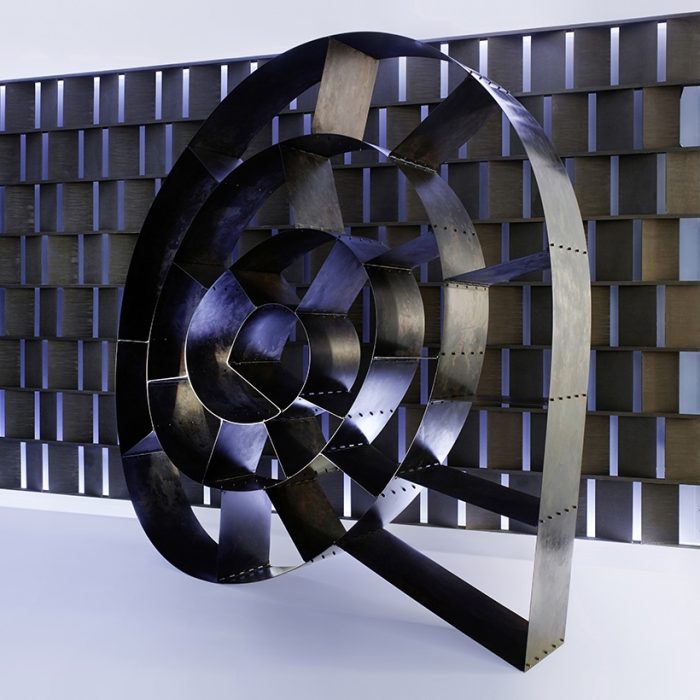 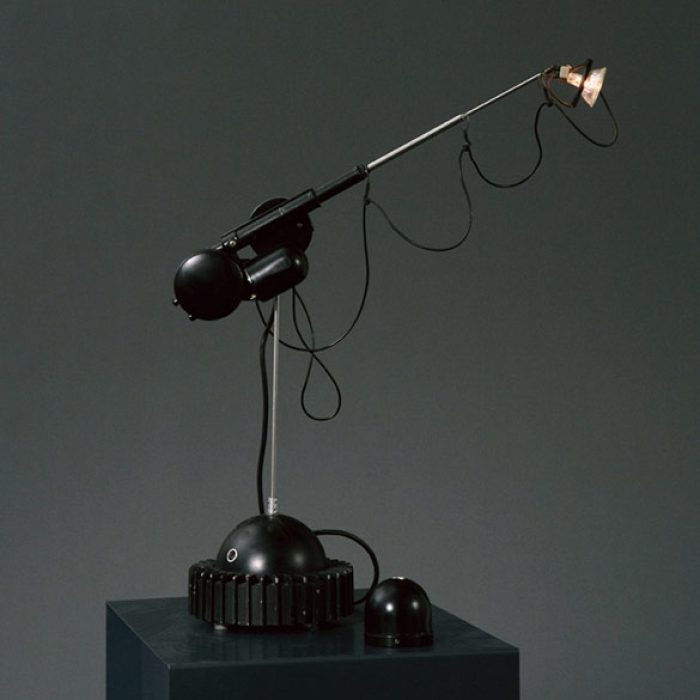 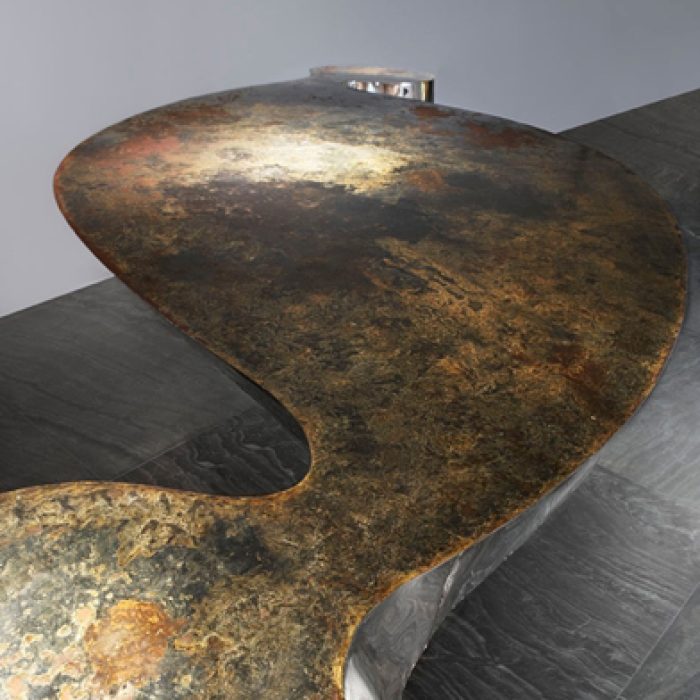 Two Legs and a Table 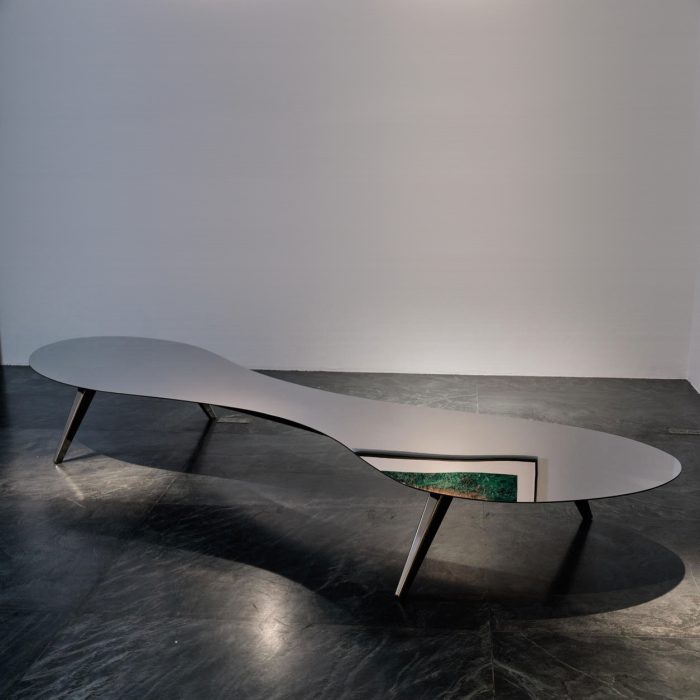 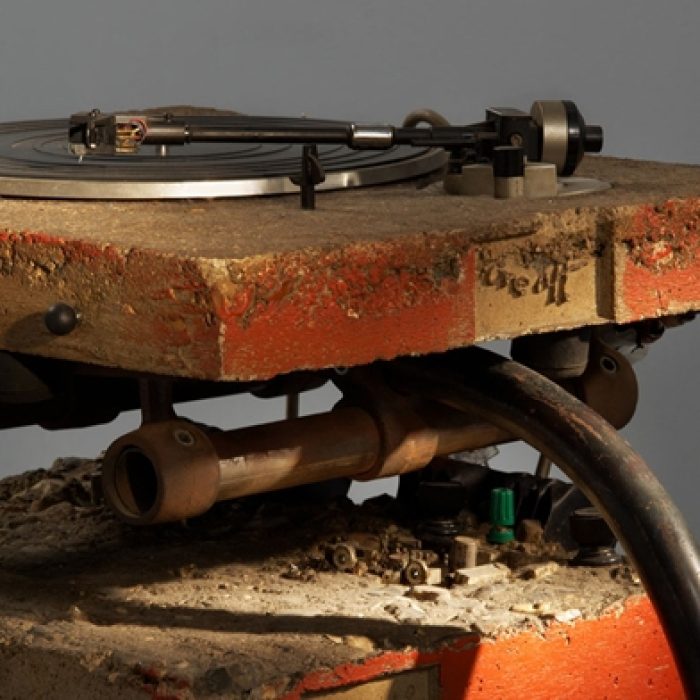 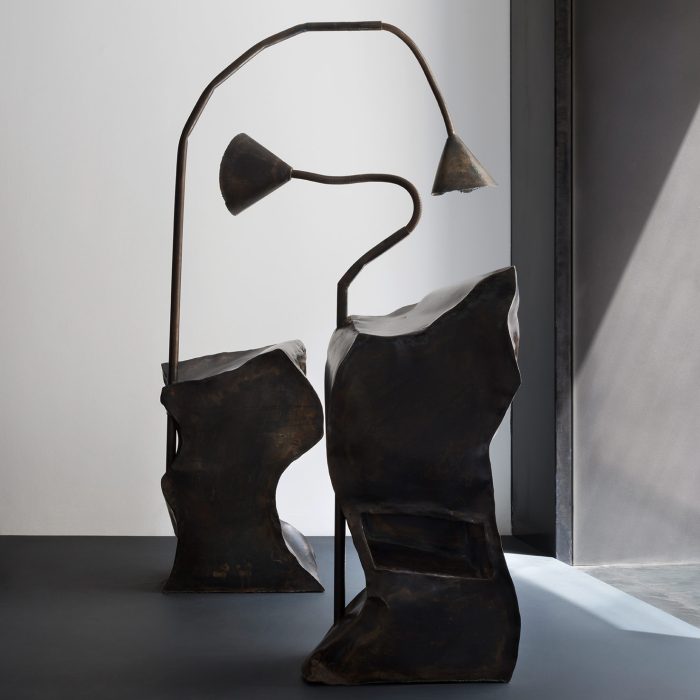 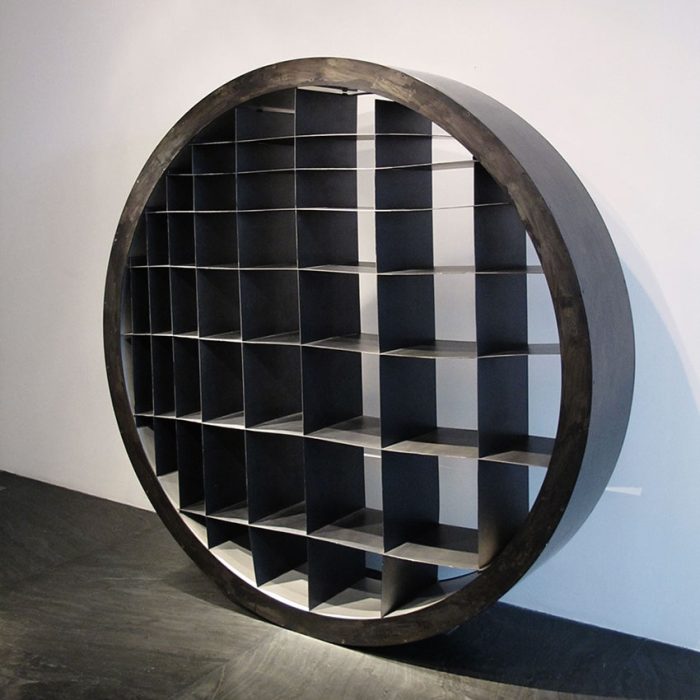