The new exhibition at Laffanour Galerie Downtown/Paris will feature three designers and one editor who have made a significant impact on the post-war world:
Charlotte Perriand, Pierre Jeanneret, Jean Prouvé and Georges Blanchon.

At the end of WWII, the situation was critical in France, as in Europe! France was divided into administrative regions that required major recovery plans, partly supported by the Marshall Plan; this was the period of Reconstruction. In this context of the immediate Post-War years Charlotte Perriand, Pierre Jeanneret, Jean Prouvé and Georges Blanchon supported the development of the B.C.C. (Bureau Central de Construction), based in Grenoble. 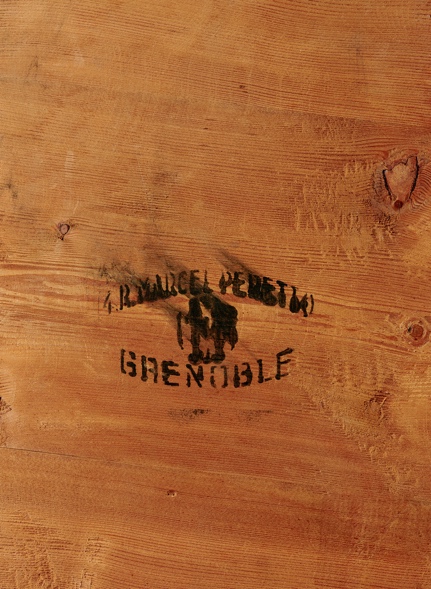 Originally founded in 1939 by Charlotte Perriand, Pierre Jeanneret, Jean Prouvé and Georges Blanchon, under the name of B.C.C., it worked on the creation of prefabricated constructions, followed by proposals for interior design. The slow period 1939-1944 was nevertheless marked by two decisive constructions: the prefabricated buildings for the S.C.A.L. company in Issoire (1939-1940) where Charlotte Perriand also made furniture and the B.C.C. prefabricated wood houses in Saint-Auban (1941-42). From this time, a number of pieces of furniture appeared, including the straw armchair, the straw four-legged stool and the triangular pedestal table, some of which were used by the BCC and in the design of Méribel. For her part, Charlotte Perriand also designed a “en forme” desk with a drawer and a sideboard with double sliding doors for her home. 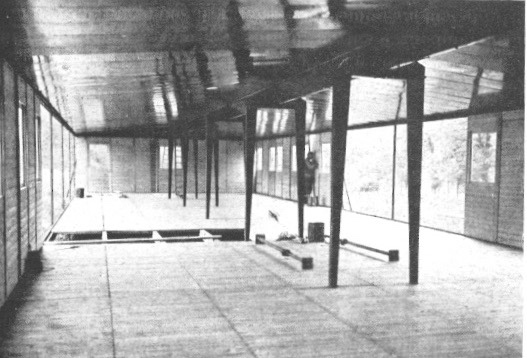 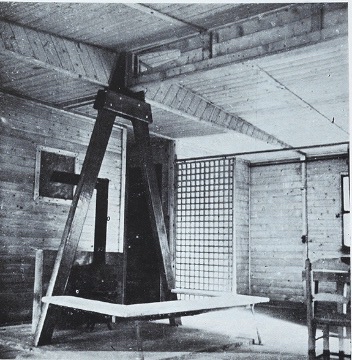 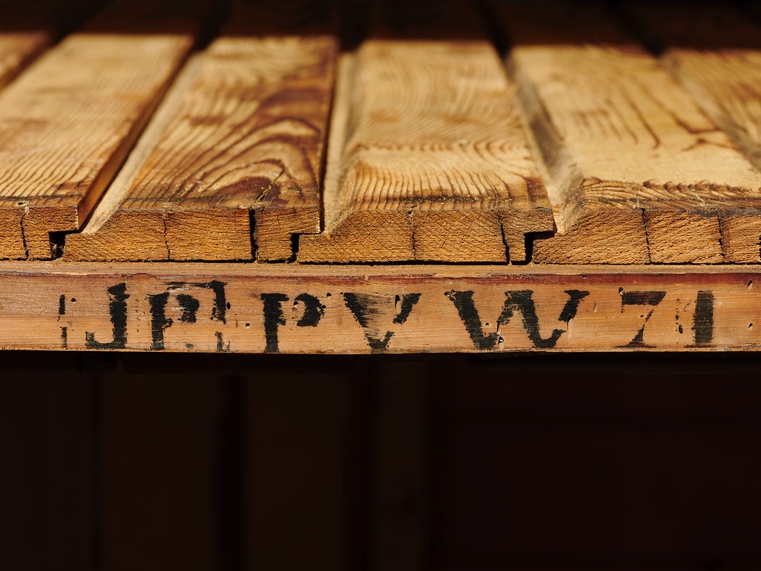 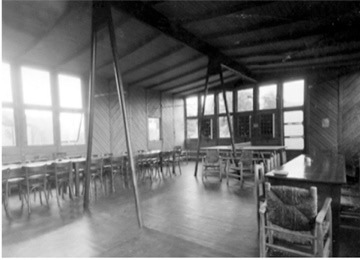 Just after the war, Charlotte Perriand – who had returned from Asia in 1946 – began to work on a number of projects that were close to her heart, including the launch of a furniture serie. Drawing on her experience in Asia, as an advisor in Japan for two years, and her research and production work in Indochina, Charlotte Perriand thinks with Pierre Jeanneret – whom she had met again – of sober, minimal, simple but above all functional and useful furniture. After intensive researches into financing and production, the BCC produced a first edition of furniture: ‘Équipement de la Maison’ – Meubles de Charlotte Perriand et Pierre Jeanneret. 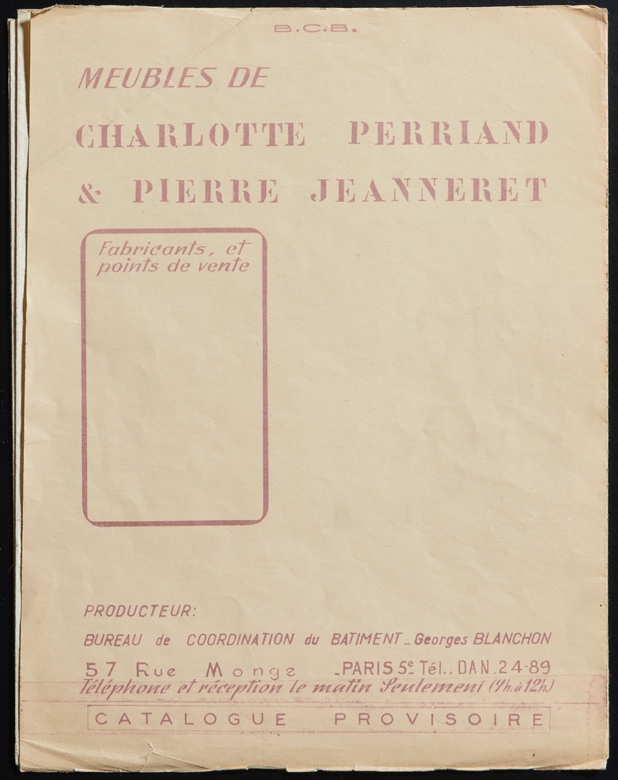 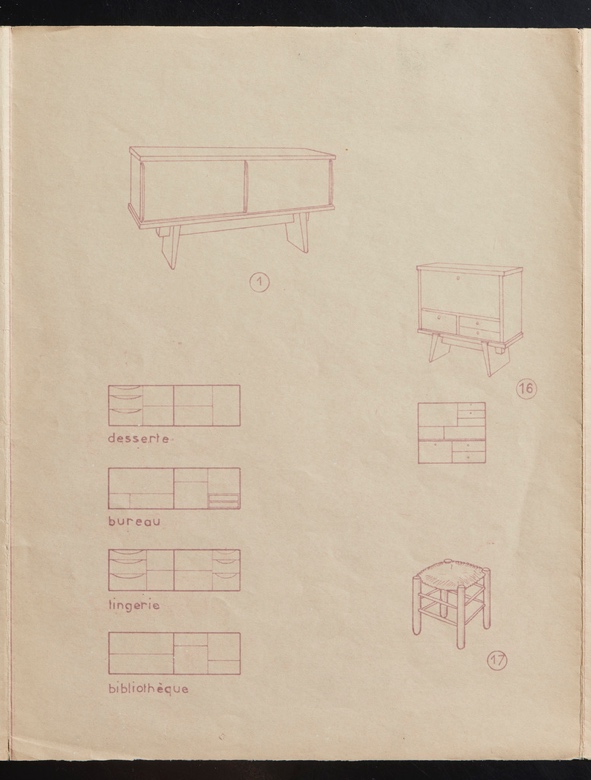 This all-wood edition includes all the furniture needed for interior design, from dining tables, seats and coffee tables to desks, storage units and bookcases. The first edition included some furniture – such as desks – made of unfinished wood, generally pine, and sideboards with aluminium doors. Then, a second edition was made around 1949 with furniture in ash tree, often with ash tree veneer. It should be noted that the publishing contract of the time also allowed each of them to work independently, since at the same time Pierre Jeanneret was an architect and Charlotte Perriand a decorator: Charlotte Perriand therefore produced other interior fittings under her own name. 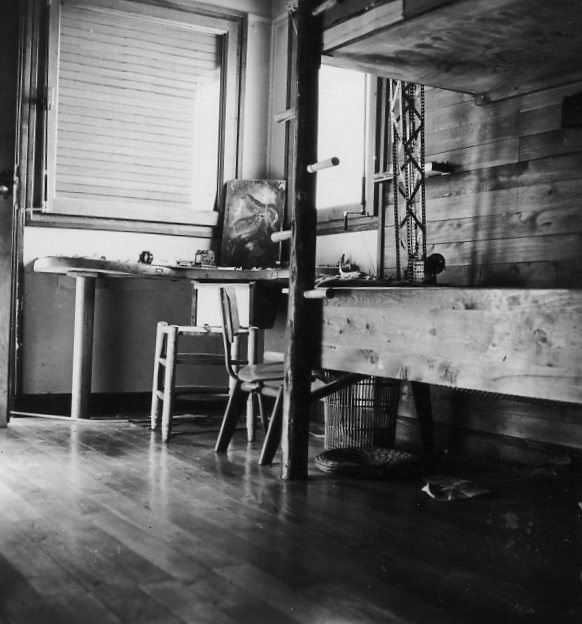 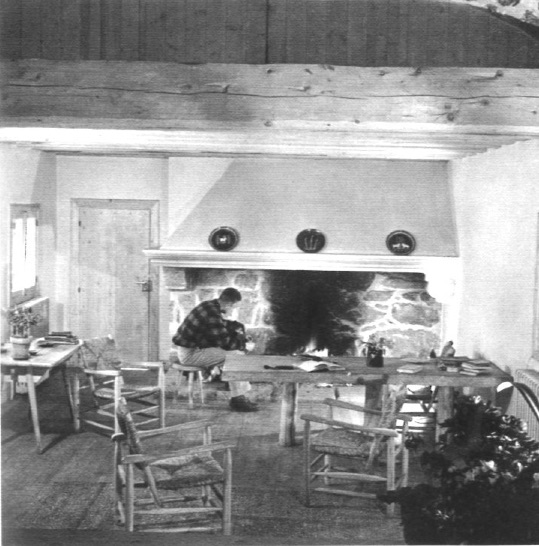 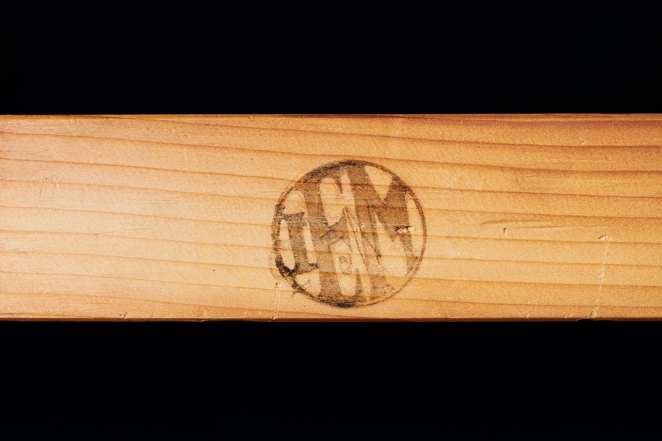 At the time, these pieces of furniture were often presented in model flats, such as the “Unité d’Habitation de Marseille”, the standard housing from Toulon, the Maison minimum, the Exposition internationale de l’Habitation, the “Forme utiles” exhibition and so on… 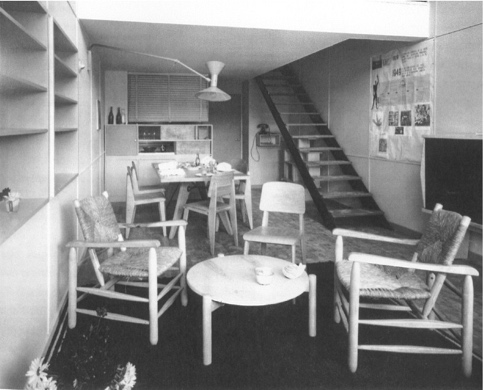 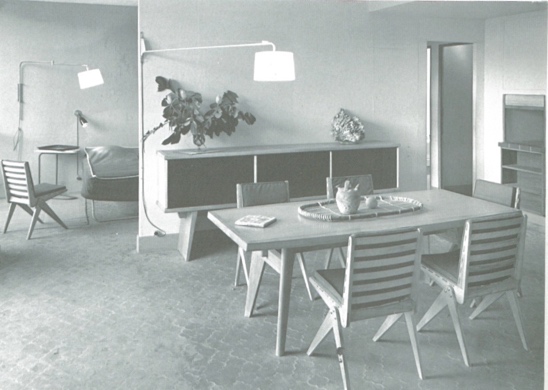 In the end, this edition was not always easy, due specifically to the Post-War context. In 1949, Georges Blanchon decided to leave the Grenoble office, considering the lack of perspective and ambition. That same year, the collaboration between Perriand and Jeanneret came to an end, while Pierre Jeanneret was already looking towards Chandigarh to build the capital of Punjab with Le Corbusier.
The BCC stopped in 1952, while Georges Blanchon created, the same year, the B.C.B. (Bureau de Coordination du bâtiment) and took over the edition until the 1960s. The furniture was distributed by the Steph Simon Gallery, which also published Charlotte Perriand’s and Jean Prouvé’s new furniture at the time.